Is Adopting A Pet Right For You?

Many of us bought dogs before we knew about rescues or we believed that pet stores were the best place to get dogs.

According to the ASPCA, 6.5 million companion animals enter shelters every year.  Of those, 3.3 million are dogs.  Of the dogs entering shelters, about 1.6 million are adopted, 670,000 are euthanized and 620,000 are returned to their owners.  These figures have been improving as more people understand the importance of spaying and neutering dogs and the value of rescuing, rather than buying a dog.

The following is an excerpt from an article published in PETA Prime in 2012.  The article is titled:

MYTHS ABOUT PET STORES AND BREEDERS

Myth #1: “My family needs a young puppy or kitten, not an old, ‘secondhand’ animal.”

Fact: Most pet stores get their “stock” from puppy mills and other sources that raise animals in unspeakably cruel conditions, and each purchase motivates these places to breed more. If your heart is set on a puppy or kitten, animal shelters have plenty of healthy and happy young animals to choose from. And consider this: For many people, the best choice for a new animal companion is actually an adult dog or cat. Adult animals are calmer and less destructive, and you can see exactly what you’re signing up for in terms of personality, size, and energy level. Animal shelters are a great place to find that perfect match.

Myth #2: “But isn’t it a good thing to rescue that puppy from the pet store?”

Fact: It’s a simple matter of supply and demand. As you take your new puppy home, the empty cage at the store will be filled with another puppy from the same puppy mill. Only when customers stop buying will the suffering end.

Myth #3: “The animal shelter is so depressing compared to the pet store-I just can’t go there.”

Fact: If you think it’s depressing, imagine what it’s like for the animals who have been abandoned there. When you adopt an animal from an animal shelter, you have the satisfaction of saving a life–nothing depressing about that! The pet store is actually an awful place if you think about where those cute animals came from. That puppy’s mother is probably living without any human contact in a barren wire cage and most likely has extensive health problems from constant breeding and stress.

Myth #4: “It’s fine to get a dog from a responsible breeder.”

Fact: There is nothing responsible about bringing more animals into a world where there are already too many. Just as with pet stores, each time breeders sell a litter, they’ll be motivated to breed and sell another one. There are only so many homes available for dogs each year, and for every slot filled by a dog from a breeder, there’s one home fewer available to a dog in a shelter.

Myth #5: “With purebred dogs, you can predict their temperament and behavior.”

Fact: Pet stores and breeders aren’t the only source of purebred dogs. Rescue groups exist for every breed of dog, and up to 25 percent of dogs in shelters are purebred. But if temperament and behavior traits are paramount, your best bet is an adult dog from an animal shelter. You could buy a Labrador puppy in hopes of having a dog who is gentle and good with children, but that puppy could grow up to be nervous and short-tempered–there are no guarantees. And many purebred dogs have been bred over the years for working behaviors that in this day and age are just not applicable anymore, like aggression, chasing, and digging. By selecting an adult shelter dog, you can get exactly the companion you’re looking for.

Myth #6: “Purebred dogs are healthier and longer-lived than mutts.”

Fact: On the contrary, purebred dogs are increasingly suffering from limited gene pools and have many breed-specific health issues. Cancer, respiratory issues, joint problems, heart disorders, and epilepsy are all seen frequently in purebreds. The BBC suspended television coverage of the prestigious Crufts dog show (the equivalent of the Westminster show in the U.S.) because of concerns about genetic illness in pedigree dogs in the U.K.

Nearly all our dogs live in foster homes which helps them relax and also helps us get to know them. We can find your perfect match!

Adopting a pet from Poor Paws Rescue makes space for us to save another animal in need.

We are volunteer staffed and non profit so your adoption fee will go towards helping other dogs in need. 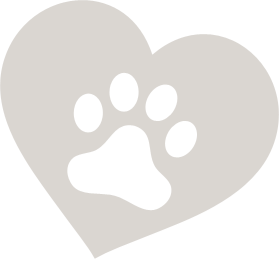 Why Adopt From Us?

Our Founder and Executive Director, Cara Chanin Szeles, had been involved in dog rescue and decided she could make a difference.  She established a volunteer based dog rescue in Central New Jersey.  Since then, Cara has rescued more than 2,000 dogs with the help of over 100 volunteers.

Our dogs are fostered in private homes, where they are treated as part of a family and given love, training and care.  Our goal is that no dog we rescue will ever have to suffer again.

​We are an all breed rescue that primarily rescues dogs from high kill facilities in the south. We are a Petsmart Charities Partner and conduct adoptions in Petsmart stores and select local events.

“Saving one dog will not change the world, but surely for that one dog, the world will change forever.”― Karen Davison